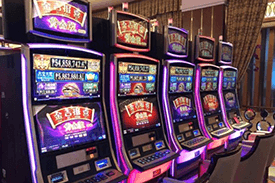 Any movie that’s really good ought to be seen on the big screen, because that brings the story more fully to life, and it allows a great deal more detail to be seen against the larger background. The five movies described below all have that bigger than life quality which makes them ideal for depiction on the big screen, and that’s one of the major reasons why you should go see all five of these movies. All of them have wonderful appeal in various ways, and you’re bound to walk out of the theater after each one of these, being very satisfied and thinking that your money was well spent.

One of the most tantalizing movie offerings of the entire year, this biopic gives an account of the famous Harriet Tubman, as played by Cynthia Erivo, starting with her escape from slavery. It wasn’t long before Ms. Tubman embarked on a whole series of dangerous missions which were all aimed at freeing as many slaves as possible, by funneling them through the Underground Railroad. This is a fairly accurate depiction of history, and it’s a story that hasn’t been told before, and deserves to be put on the big screen so that everyone can understand what a hero this woman really was.

This is a much-hyped movie directed by Martin Scorsese, and one which reunites veteran gangster actors Robert DeNiro and Al Pacino. The story line involves a mob hit man who is recollecting his younger years, and how he may have been involved with the slaying of Jimmy Hoffa. This is a Netflix movie scheduled for release in late November, and it will be worth seeing even if only for the collaboration between its legendary stars and director.

This is a very different movie in which a lonely detective tries his best to unravel the mystery surrounding the murder of his only friend in the world. Edward Norton directs this movie and stars in it as well, accompanied by costars Alec Baldwin and Bruce Willis. The action takes place in 1950’s New York, and the period costumes and settings are worth the price of admission themselves. Mr. Norton is terrific in the starring role as well, and that makes this movie definitely worth seeing.

Jumanji: The Next Level

The four stars that we all learned to love in the remake of the Robin Williams version of Jumanji, are all back to take us on another journey into the game, so the game can be saved. Dwayne Johnson, Karen Guillen, Jack Black, and Kevin Hart return in this sequel to challenge more rogue animals, mountains, and jungle terrain, in an effort to stay alive and to save the video game.

Star Wars: The Rise of Skywalker

This film brings to a close the entire Skywalker story line, and 솔카지노 that fact alone will make it worthy of screening. The stars for the film are Daisy Ridley, Adam Driver, and Billy Lourde, but the real attractions as always, are the special effects which dazzle the viewer and make you believe that you’re witnessing intergalactic battle spectaculars. In this film, the resistance fighters still alive will face the Final Order from the Republic, and must deal with that using all the resources at their disposal.

To discover more new movie releases you should see on the big screen, visit Flix Brewhouse in Des Moines, Iowa.